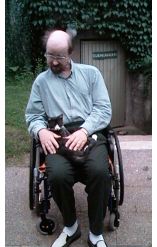 Between Sunday and Monday (that was July the 20th, 1998) Ökö jumped down from my balcony. But she hadn't as good luck as Helmi: she was hurt.

To the vet! I use local Dr Niskanen.

Here I'm waiting in his garden. 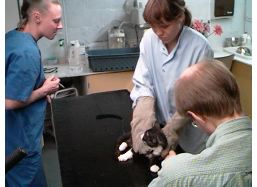 To the left is the vet. And her assistant to the right. One really needs assistant with cats - especially with some injury. Who would like, that some idiot tries hurting place??

So, one uses some mild sedative/anesthative with cats. More so, because there isn't many effective painkillers to cats. 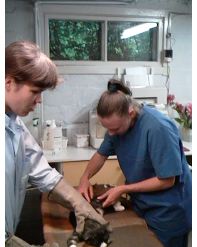 Quite everything was done, when cat was there. 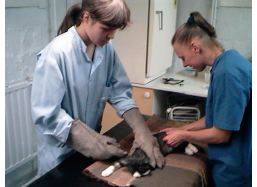 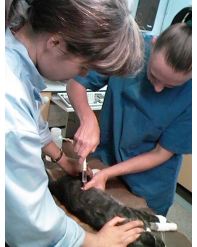 Some vaccinations were given. And then antibiotics. 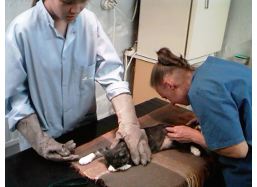 Vet said: fractured hipbone and several bruises. That would be very bad with human. But not with cats. Especially with kittens.

But Ökö limped. Pretty much. And she had pains; very much pains. 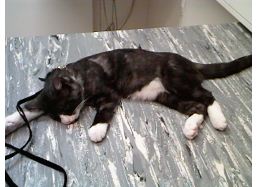 Here they had a X-ray machine. It would reveal the real reason for all problems.

In the beginning Ökö had to be put into sleep. Then anything could be done easily (or at all).

Eyes were open all the time. And then she put her tongue out. That didn't look very intelligent... 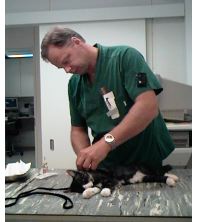 Then the vet could do his examination. By the way, his name was Jan Räihä. And he was very highly educated: Ph.D. 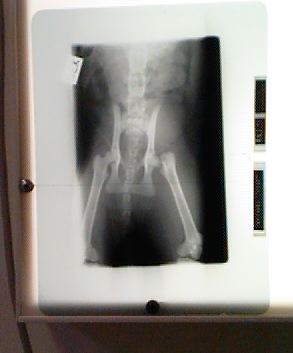 Here is the X-ray picture.And one can see the problem: the right femur is broken in top. 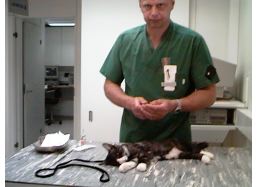 The the diagnose (that was clear) and instructions for treatment.

Those instructions were quite hard: surgery. Removing the top of femur! Sounds so hard, but maybe it works quite well.

That's really quite true: now after a few years one doesn't even notice! 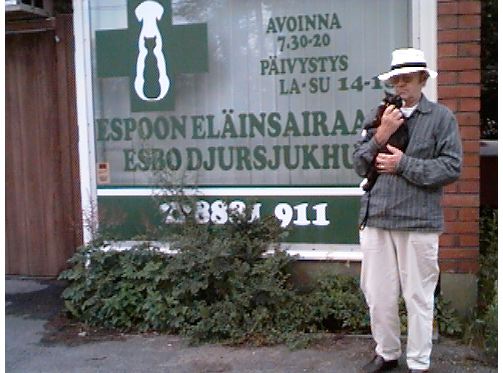 Of course, it had to be brought to the place, where the surgery happened. And that was so early! Okay, not early for "normal" people, but very early for me. Luckily my parents did that. 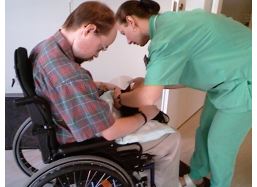 Then the surgery has happened and Ökö was nearly awake. The surgery was OK: quick and no problems. 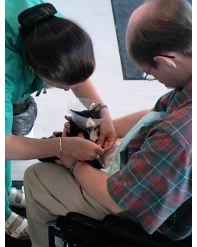 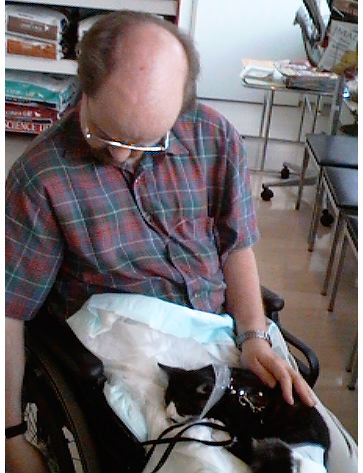 But she seems to be nearly as unwilling patient as me...