I have ordered that miracle. And that's really miracle. I've said that they should call me maybe 3-4 days before the actual installation. But no, they called 3-4 hours before installation. But I managed getting hold of Ari Mujunen. Then they canceled everything! 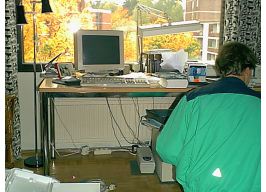 Then on Wednesday September 28th, 1999 was the great day. The assemblers came then (totally three of them). They called me at about 9AM. And that's awfully early for me! But I use quite perverse sleeping-times.

The IP-numbers assigned to me, shoved me clearly, that I was the first customer at that phone trunk. Much larger area, actually!

But my earlier installations were really hard. Numerous, actually! 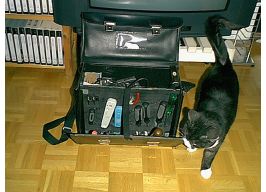 Ökö loved this installation. The whole thing was done just to humor herself. 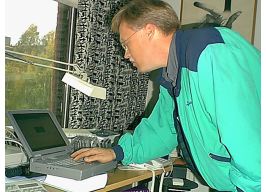 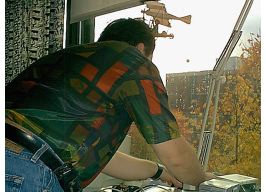 Then Ari Mujunen did some installations. Because his place (Metsähovi) has used higher speed version of Ethernet. Okay, these cables would work with higher speed, too. 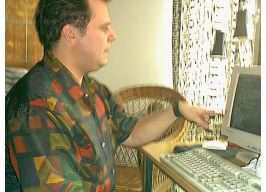 Then installations with my computers (both of them). The installers (or actually, someone else) has done drastic errors with IP-numbers. And not documented it. 2 to the power of 32 (in next version, that number will be 128) isn't very small number! But we scanned near given numbers. And there it was: difference of 16.

WWW browser works well. But not ftp. And there are some problems with e-mails. 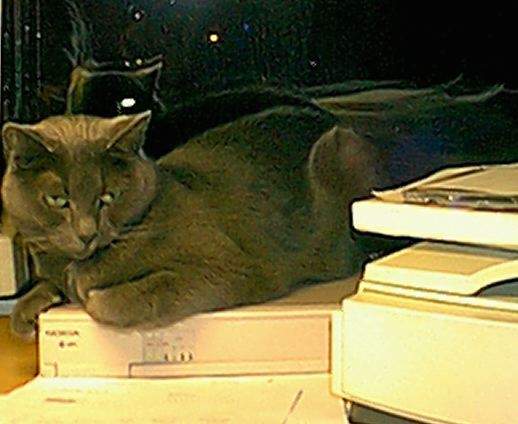 Helmi has found really excellent usage for the ADSL modem. It has obviously quite significant amount of digital signal processing. Which means: a lot of very hot components. That means hot surface. And cats just love warming their tummies... 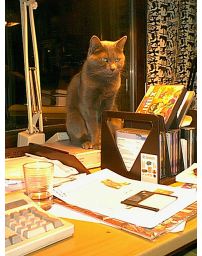 I didn't remember, that I've aready taken above picture! But You can see, that Helmi still loves it. Nearly as much as the bird-feeding-post.