Here's something about that place. My parents live there. And I visit there really often: more often than once a week. And why not, it's quite close. About three kilometers (that's two miles).

Ökö is there with me quite often. And sometimes I take camera, too. And then I might take some photos...

How the garden (=flower-bed) changes in a year. 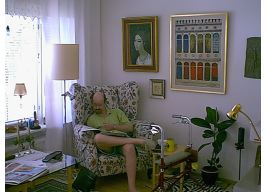 Heaven! Uusmäki is so cool. Architects, who designed that house, noticed that thing. Clearly! Cooling-units are not common here. We are so extremely close to north pole, that those aren't needed. But those would be just so great during summer-months. 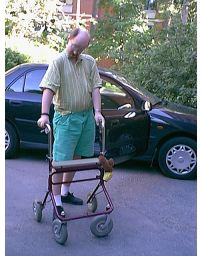 I have to use this thing, when I visit Uusmäki. And that thing makes problems to me! 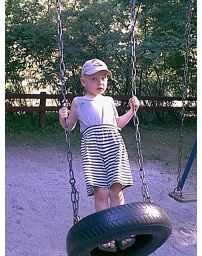 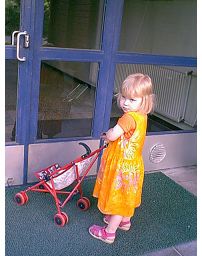 My niece and nephew were in Uusmäki, too. They visited my place to see Ökö (as You must remember, Tuuli likes Ökö very much). 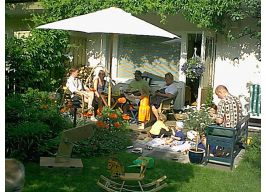 That was Saturday. But I was there in Sunday. Now in the garden. That looks like so idyllic thing. But I don't know. Because other people take totally care of me. I don't very much like that! 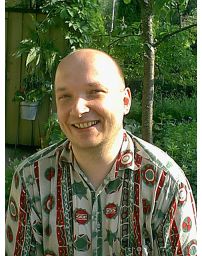 My cousin Heikki Hyötyniemi (he is the one in that big picture) was there. And his whole family. Sons Matias (first small picture) and alias (second picture). There's no picture of his wife, Sanna. Darn! 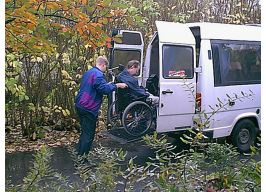 I was there again on October 8th, 1999. No, no, no! Then I had camera with me. Normally I'm there every weekend. Several times!

But here I come with my wheelchair and a handicab. What? Why? I've been in my physical therapy. And now-a-days I use wheelchair for those trips. More reliable!

And there was a big housecleaning (I could use other words for that disaster) in my flat. 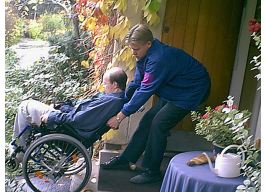 Those cabdrivers seem to be quite bodybuilders! My father had broke his wrist earlier. He couldn't do quite anything then. 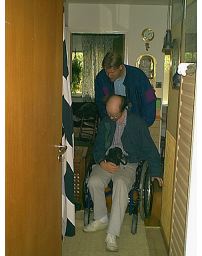 Wheelchair isn't very suitable thing there. For instance, rugs are really misery then! 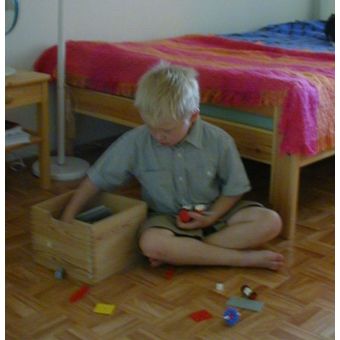 Both Tuuli and Pauli (and naturally my father) came to fetch me. Usually Pauli wants to play some educational game in my computer. But not now: I was doing a WWW-page. So, Pauli played my legos. 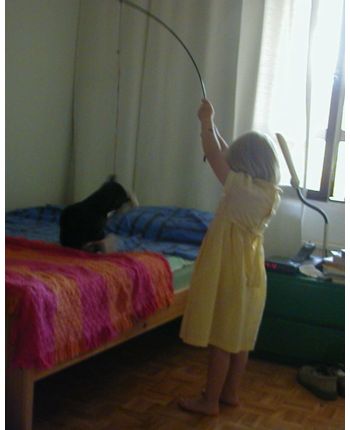 And Tuuli loves to play with Ökö. 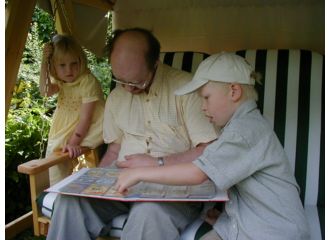 And then Pauli showed his collection of Pokemons. 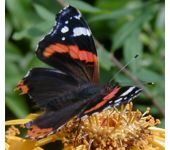 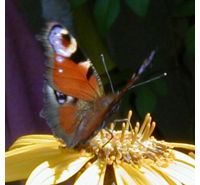 These glorious butterflies are: Red Admiral (Vanessa Atalanta) and Peacock Butterfly (Inachis Io). Usually Admiral is much rarer. But not this summer! 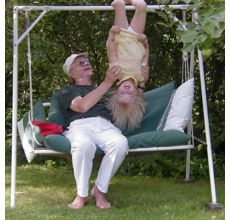 Tuuli loves to do such gymnastics. Regular monkey! 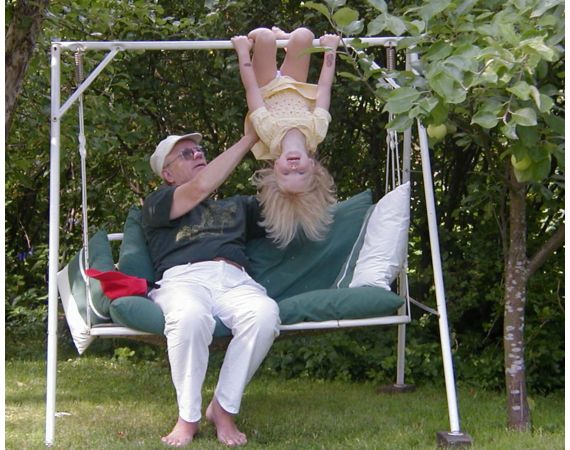